A Light in the Window (The Mitford Years, Book 2)

Left Behind: A Novel of the Earth's Last Days (Left Behind No. 1)

Soul Harvest: The World Takes Sides (Left Behind No. 4)

The Devil's Punchbowl: A Novel 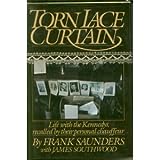 Gods and Generals: A Novel

The Tea Ceremony: The Uncollected Writings of Gina Berriault

September 10, 2012: Please read forum postby MaryZee's sister, regarding her passing.
Memorial contributions may be made to the American Heart Association, P.O. Box 5216, Glen Allen, VA, 23058, in memory of Mary Zimmerman.

Birdie's Cafe (formerly the Pour House) reopened July 2010. The OBCZ shelf has been restocked, and will have regular book releases there. Hoping the books will travel once again, and wanting to keep the shelves nice, as always. I'm so happy it's back; I was missing it. Birdie's is the new-and-improved Pour House, which still looks mostly the same. Come see!

Yahoo Group for members in Carroll County, Maryland
If you would like to know about upcoming events in or near Westminster, Maryland, please join our Yahoo Group. I'm happy to get together to just chat or for local release events. I love meeting other BookCrossers.

I love this quote from Deepak Chopra. I think it characterizes what BookCrossing is all about.
"Giving connects two people, the giver and the receiver, and this connection gives birth to a new sense of belonging."

March 2008 update to my friends list - Previously, my BC friends list was people I'd chatted with online, traded with, and local BC members. As of today, I've updated my friends list to only people I've met in real life. If I've met you quickly (perhaps at only 1 meeting, or once at the book fair), and inadvertently left you off my list, feel free to pm me to remind me. BCers are my favorite people.

I am seriously addicted to this site!

In a previous life, I worked at Random House for more years than I care to mention and have lots of books! I thought joining this site would give me the incentive to read and release them, instead of just collecting them... cause I love to read, but I really do need to clean off my shelves! Little did I know ;-)

"Affinity4books cozy mystery bookbox (Helped revive and organize this since she's seldom in the forums) Thread is here. Box is travelling as of 7/6/12.

"Cat Stories" bookbox cat mysteries and fantasy, also non-fiction, readable stories, but no guides to breeds or care, no reference books. Thread is here. Box came home 6/30. I may send this box out again, once I have a chance to read some of these books.

"Bookish Books" bookbox The last forum post is here. Box came home on 5/12, full of good books. I'm going to try to read quite a few of these, freshen up the box with a few new books, and hope to send this out again in late summer or early fall. Stay tuned.

Projects for 2012
Will continue my support of the OBCZ at Birdie's Cafe. Watch for books to be released here regularly!!

For anyone who's interested, although they're not listed as OBCZ's, there are publicly available BC shelves (in Carroll County, Maryland) at Mt. Airy Library and Carroll Community College library.

Civil War Releases
If anyone would like a Civil-War related release, I am 30 minutes away from Gettysburg PA, and would be happy to release something there for you. 2003 Gettysburg release for GoryDetails Gunfire at Gettysburg
2005 Gettysburg releases - for ThnxAndyc The Hearts of Soldiers
A recent Gettysburg catch (for Katekintail) during 2008 - Ghosts of Gettysburg
and Killer Angels and another one - The Tentmaker
And a couple of catches from 2011 -
God Rest Ye Merry, Soldiers
Lincoln at Gettysburg

Trading Policy
Since I have a huge TBR mountain, and several OBCZs, I don't do many trades (although I can perhaps be tempted, and reserve the right to check out your shelf for something special). I do occasionally offer up RABCK's on the Wish List forum. I don't send many books overseas, although I may decide to if it's something small (& light).


89. All Our Yesterdays: A Century of Family Life in an American Small Town
88. Beneath a Marble Sky
87. Revenge of the Wrought-Iron Flamingos
86. Shadow Divers
85. Forever
84. Champagne for One
83. The Sharper Your Knife, the Less You Cry
82. Buttertea at Sunrise: A Year in the Bhutan Himalaya
81. A Superior Death
80. Pussyfoot
79. Bird by Bird
78. Bad Cat
77. Track of the Cat
76. Uppity Women of Ancient Times
75. A Trust Betrayed
74. Through the Grinder
73. On What Grounds
72. The Kite Runner
71. Kitchen Confidential: Adventures in the Culinary Underbelly
70. The Suspicions of Mr. Whicher: or The Murder at Road Hill House
69. The Hydrogen Murder
68. The Queen's Man
67. The Lost Explorer: Finding Mallory on Mount Everest
66. More Book Lust
65. Fudge Cupcake Murder
64. Lemon Meringue Pie Murder
63. Cross Country
62. A Morbid Taste for Bones
61. Homicide in Hardcover
60. The Olive Season
59. Blood Orange Brewing
58. Larceny and Old Lace
57. Nine Parts of Desire: The Hidden World of Islamic Women
56. Death by Deep Dish Pie
55. Chopping Spree
54. The Johnstown Flood
53. Explosive Eighteen
52. Apple of My Eye
51. Triangle: The Fire that Changed America
50. Helen Keller: The Story of My Life
49. Life's Little Annoyances: True Tales of People Who Just Can't Take it Anymore
48. Blue Moon
47. The Bourne Supremacy
46. Permanent Passenger: My Life on a Cruise Ship
45. Sticks and Scones
44. The Wildwater Walking Club
43. Lost in a Good Book
42. Whale Tales: Tales from America's Leading Marine Life Artist
41. Kate Remembered
40. The Creation of Eve
39. The Monumental Discovery
38. Comfort Me with Apples
37. Town in a Blueberry Jam
36. The Bourne Identity
35. The Murder of King Tut
34. Asterix in Britain
33. Dave Barry's Greatest Hits
32. A Taste of Chicken Soup to Inspire a Woman's Soul
31. Bridge Across Forever
30. Elixir
29. The Xibalba Murders
28. Sunshine
27. The Personality of the Cat
26. Chamomile Mourning
25. The Egyptologist
24. The Lost Jewels of Nabooti
23. The Jasmine Moon Murder
22. Still Me
21. Catfantastic II
20. Tender at the Bone
19. Thunder Dog
18. 102 Minutes
17. Gabby: A Story of Courage and Hope
16. Gritty Grace
15. Playing for Pizza
14. Deadly Valentine
13. The Measure of all Things
12. Salmon Fishing in the Yemen
11. Blind Justice
10. Heaven is for Real (ring)
9. How the States Got Their Shapes
8. Cat Crimes 3
7. An Alchemy of Mind
6. The Cat Who Covered the World
5. The Cat Who Dropped a Bombshell
4. The Private Life of the Cat Who
3. How Does Aspirin Find a Headache?
2. Catnap
1. Sand in My Bra and Other Misadventures

Top of my TBR pile
Hades' Daughter
Excavation
The Outstretched Shadow
Have His Carcase
Tempting Fate
The Silver Wolf
Hexwood
Night Bites
The White Raven
Realm of Shadows
------------------------
Beach Music
The Bestseller
Intrusions
Abundance
The Boleyn Inheritance
Reliquary
Pigs in Heaven
The End of Mr. Y
Booknotes
Great Books
In a Glass Lightly
A Year in the World
The History of Love
-----------------------
The Red Queen
The Once and Future King
Cryptonomicon
Tipping the Velvet
Smilla's Sense of Snow
Possession
A Prayer for Owen Meany
Love in the Time of Cholera
The Name of the Rose
Murder Must Advertise
The Murder of Roger Ackroyd
The Great Gatsby
Journey to the Center of the Earth
A Tale of Two Cities


In an attempt to organize books that I've received as trades or RABCKs (and to finally getting around to reading the ones I've had the longest), I need to list them here. They're beginning to spread around my house, so physically keeping track of them is getting a bit daunting.

Received in 2008 -
Liberty
The Templar Legacy

Received in 2012 -
The Chocolate Bridal Bash
Dragonwell Dead
A Murderous Yarn
The Touch
The First Man in Rome
The Grass Crown
The Persian Boy
Murder in the Place of Anubis
Caravan
A Short History of a Small Place
The Silver Needle Murder
The Penelopiad
Making Rounds with Oscar
Miss American Pie
Saint Peter's Fair
A Walk Across America
The Big Over Easy
Baghdad Without a Map
The Devil's Flu
Born to Trot
The Songlines
A B C Et Cetera
Killer Calories
The Princess Bride
Them: A Memoir of Parents
The Lost City of Z: A Tale of Deadly Obsession in the Amazon
Road Fever
So You Want to be a Wizard
Bluebird, or the Invention of Happiness
The Winter Queen
Rocket Boys
A Voyage Long and Strange
A Palm for Mrs. Polifax
Classified as Murder
Cutwork
Untitled
The Body in the Library
The Moai Murders
Curiosity Thrilled the Cat
The Body in the Cast
A Rare Benedictine
Murder Well-Done
Out of Circulation
A Streetcar Named Expire
Dead Canaries Don't Sing
Truffled Feathers
Touching My Father's Soul
The Fortune Cookie Chronicles
Ripley Under Water


I'm working on several mystery (and other) series, and although I've listed some of the next books on my wishlist, I also wanted to list these here to help me keep track of them.

"He who destroys a good book kills reason itself."