A Rotten Person Travels the Caribbean: A Grump in Paradise Discovers that Anyplace it's Legal to Carry a Machete is Comedy Just Waiting to Happen ... 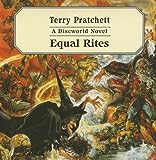 Agatha Raisin and the Quiche of Death

BookCrossing got news on January 26, 2011 that bartonz has passed away after her long fight with cancer. R.I. P.

WHAT'S UP WITH ME

I’ve been bookcrossing for over three years now. I mostly do controlled releases because I like knowing that my books are going to good homes. I occasionally wild release a book, but since we have inclement weather so much of the year it needs to be indoors and I wonder how many of those books have just ended up in the trash. As the costs of international postage soar, I am forced to send fewer books out of the country. I participate in a lot of the virtual book boxes at BookObsessed.com and even there am having to cut back for financial reasons. Anyway, check out the 1,001 Books Library here at BookCrossing if you, like me are trying to read all of those tomes.

If you’ve tried PM’ing me and haven’t gotten a response, you can try my email – bartzturkeymom@msn.com

My Birthday Buddy is Istop4books -- thank you chich for hosting this fun program!

The books that I'm reading (the tip of Mt. ToBeRead – usually a couple at the same time): Wild Swans: Three Daughters of China by Jung Chang, Frida: a Biography by Hayden Herrera; On Writing by Stephen King, Morvern Callar by Alan Warner


WHAT I'VE READ IN 2009: (My goal is 150)
1. The Girls of Slender Means (audio) by Muriel Spark
2. Mary Barton (audio) by Elizabeth Gaskell
3. Bound to Love Her by Esri Rose
4. The Third Man (audio) by Graham Greene
5. A Short History of Tractors in Ukrainian by Marina Lewycka
6. A Highlander for Christmas by Sandy Blair
7. Breath, Eyes, Memory by Edwidge Danticat
8. What Would Jane Austen Do? by Laurie Brown
9. Adventure Divas by Holly Morris
10. Wild Highland Magic by Kendra Leigh Castle
11. Highland Warrior by Monica McCarty
12. A Break in Time by Michelle Miles
13. Cannery Row by John Steinbeck
14. Cursed by Jamie Leigh Hansen
15. Wanted!: The Texan by Bobbi Smith
16. The Awakening by Kate Chopin
17. A Tea Shop Mystery: Gunpowder Green by Laura Childs
18. Welcome to Temptation by Jennifer Crusie
19. Bet Me by Jennifer Crusie
20. Full Exposure by Tracy Wolff
21. Hearing Birds Fly by Louisa Waugh
22. His Lady's Keeper by Marly Mathews
23. Maru by Bessie Head
24. A Rake's Reform by Anne Barbour
25. July’s People by Nadine Gordimer
26. Artemis Fowl Book 5: The Lost Colony by Eoin Coifer
27. Dipped In Chocolate by Renee Luke
28. Captive by Leda Swann
29. Nothing to Declare: Memoirs of a Woman Traveling Alone by Mary Morris
30. Houseboy by Ferdinand Oyono
31. The Inn at Eagle Point by Sherryl Woods
32. The House at Sugar Beach by Helene Cooper
33. Marked by Passion by Kate Perry
34. The Saffron Kitchen by Yasmin Crowther
35. Seeing Red by Susan Crandall
36. Temptation and Surrender by Stephanie Laurens
37. A Tea Shop Mystery Book 6: Chamomile Mourning by Laura Childs
38. Finding The Dream by Nora Roberts
39. The Cat Star Chronicles #4: Outcast by Cheryl Brooks
40. Deadly Desire by Keri Arthur
41. Highland Outlaw by Monica McCarty
42. Where The Heart Leads by Stephanie Laurens
43. Road Rage by Ruth Rendell
44. Riding on Instinct by Jaci Burton
45. The Thirteenth Tale by Diane Setterfield
46. Bella Tuscany by Frances Mayes
47. Manhunting by Jennifer Crusie
48. Fingersmith by Sarah Waters
49. Body Candy by Taylor Tryst
50. Turning Japanese by Cathy Yardley
51. Animal, Vegetable, Miracle by Barbara Kingsolver
52. Blood Magic by Jennifer Lyon
53. To Romance A Charming Rogue by Nicole Jordan
54. A Vampire's Claim by Joey Hill
55. Wings of Madness by Mae Nixon
56. Dragonborn by Jade Lee
57. Dragonbound by Jade Lee
58. Bedding Down edited by Rachel Bussel
59. Night and Day by Sherrie Hansen
60. My Forbidden Desire by Carolyn Jewel
61. The Cat Star Chronicles #1 Slave by Cheryl Brooks
62. Highland Scoundrel by Monica McCarty
63. Addicted by Charlotte Featherstone
64. The Sons of Destiny #2: The Wolf by Jean Johnson
65. The Sons of Destiny #4: The Song by Jean Johnson
66. The Murder at the Murder at the Mimosa Inn by Joan Hess
67. The Best American Short Stories 1999 (The Best American Series) edited by Amy Tan
68. Under the Net by Iris Murdoch
69. The Story of Lucy Gault by William Trevor
70. The Sons of Destiny #3: The Master by Jean Johnson
71. The Sons of Destiny #5: The Cat by Jean Johnson
72. The Sons of Destiny #6: The Storm by Jean Johnson
73. The Sons of Destiny #7: The Flame by Jean Johnson
74. The Sons of Destiny #8: The Mage by Jean Johnson

I've joined these bookrings/rays and boxes:

A fun challenge here at BookCrossing - The Olympic Reading Challenge. I didn’t make it for 2008, so I’m, trying for 2012

Here's a map that shows the 22 countries from where I've read books so far.

create your own visited country map


Here's my list of books - most of the ones listed are still to be read. Please feel free to PM me with ideas of books for the countries that don't have an entry yet.

"Books, like friends, should be few and well chosen."