Windows 7: The Definitive Guide: The Essential Resource for Professionals and Power Users

From the Library of Charles Spurgeon: Selections From Writers Who Influenced His Spiritual Journey

America Alone: The End of the World as We Know It

Of God and Men

Reflections on the Gospels

The Greatest Story: A Unique Blending Of The Four Gospels

The Diatessaron - A Harmony Of The Gospels

Existence and Attributes of God, The

The Attributes of God

Lifelines: The Ten Commandments for Today

A Preface to Christian Theology 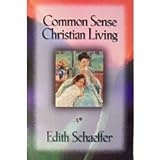 Jesus 365: Experiencing the Four Gospels as One Single Story

I support the World Kindness Movement which promotes kindness like we share libraries: one act at a time. In these days of disturbance in each of our countries, it is pleasant to think of an organization making it nicer 'out there'. Many countries have their own group now formed - in the U.S. it is known as


"the random acts
of kindness foundation"

A Gentle Madness
Patience & Fortitude
A Splendor of Letters
The Genesis Record & The Revelation Record Ring [it's a 2-fer]
Eats, Shoots & Leaves by Lynne Truss
The Big Over Easy by Jasper Fforde
How to Read and Why by Harold Bloom
Genghis Khan and the Making of the Modern World by Jack Weatherford
Slandering Jesus by Erwin Lutzer

Of Mice and Men by John Steinbeck

A Russian Journal by John Steinbeck, photos by Robert Capa
Sweet Thursday by John Steinbeck
The Log From The Sea of Cortez by John Steinbeck
Cup of Gold by John Steinbeck
Unusually Stupid Americans by Kathryn Petras and Ross Petras
cyberselfish by Paulina Borsook
Dead Languages by David Shields
Voices on the Glory Edited by Stephen Adams, K. Neill Foster and George McPeek
Seeing in the Dark - How Amateur Astronomers Are Discovering the Wonders of the Universe by Timothy Ferris
The Poisonwood Bible
Confessions by Saint Augustine
Emerson's Essays Author's Edition Complete First and Second Series 1883
Lenten Lands by Douglas H. Gresham
Unfinished Tales of Numenor and Middle-Earth by J. R. R. Tolkien
The Bretheren by John Grisham
Legends Edited by Robert Silverberg
See, I Told You So by Rush Limbaugh
Nop's Trials
Free Culture by Lawrence Lessig (a free download PDF version-good karma from Skyring
A Regular Guy by Mona Simpson

Keeping track of my Steinbeck List - takes as minute to load!
Back to top

I've been a photographer (in heart and spirit) all my life. Just haven't worked as one, professionally, for a long period.
Woke up one morning 10 or 15 years ago and started listening to classical music. Don't know why, it just happened. Thoughts of the "Body Snachers" entered into my mind.

Did some writing for our local running club for a couple of years and was privileged to have two articles included in a book about running and riting [:)]
Completed my first marathon run at the median age of 52.

Learned HTML so I could put up a site for my wife: (Miss Sniff's).

Began last year to learn Paint Shop Pro so I could make my own graphics and enhance my photography so it would be useable on the web.

While learning HTML I joined the HTML Writer's Guild (HWG) and became involved with their effort to mark up plain e-texts provided by Project Gutenberg into a nicely formated xml document that displays like a book, just on your computer screen.

Hate to look up words in the dictionary, how can you look it up if you can't spell it in the first place?

Began a Yahoo group for our local BC'ers so we can keep in closer contact and have some interaction within a 50 mile or so radius. Helps our releases and catches also :)<

My favorite book is the Book of books-The Bible. Unlike other texts that are certainly memorable, and may even change lives, this is the only Book that shows the way to *eternal life* which makes it special. Here is where _you_ can go one-on-one with God. I've read it many times, and will continue to. Each time I find new *windows* in which to see others and myself. I'm not alone here or it wouldn't be the all time #1 best selling book world wide.


Back to top
The very top

"A special feature of the structure of our book is the monstrous but perfectly organic part that eavesdropping plays in it."