The Girl With the Dragon Tattoo

Love in the Time of Cholera

I Capture the Castle

Nancy Silverton's Breads from the La Brea Bakery: Recipes for the Connoisseur 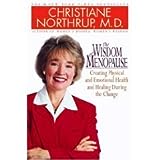 The Wisdom of Menopause: Creating Physical and Emotional Health and Healing During the Change 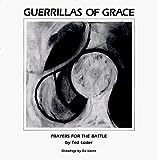 Guerrillas of Grace : Prayers for the Battle

The Thirteenth Tale: A Novel

What's Mine Is Yours: The Rise of Collaborative Consumption

The Art of Manliness

Note: if you ever end up with a book I have registered, please feel perfectly free to move it on either by wild or controlled releasing. Of course, if you want to keep it, that's ok too.**

Full time employed, wife, and mother of three pretty much grown children, I 'm finding more time to read these days. I haven't been driving to work lately, but when I do I enjoy many of my books in an audio format. I would not dream of being without a book, plus one more for when I'm done that one.

Bookcrossing has opened my eyes and experience to many books I would never otherwise have known about. The community of people here is amazing and generous! I have learned a tremendous amount by being connected with this international group. I frequent the ChitChat group, and touch base with Random Acts of Kindness, Release Challenges, and Book Talk forums here.

I do a lot of wild releases - it pleases me enormously to think of the pleasure a found book might bring to someone. I try to participate in a Release Challenge now and then too.

Wishlist....
- I would love to get a note or postcard from you. PM me for my address.
- I can always use BookCrossing labels and supplies, since I do a lot of wild releasing. - Homemade, self-stick or not - all are welcome. I've got a big roll of clear tape and I'm not afraid to use it!
- I would love it if you would (hand)write a note or letter to someone, and tell me that you did.
- Send me something you have made yourself.
- A box of books would never go wrong, either, because I like to keep a variety of books around for releasing and sharing (but please keep romances to a minimum).
- Kinds of books I don't like to read: romance, true crime, horror, suspense.

Because of postage costs, I seldom trade or send books. I prefer not to participate in rings or rays, although I will consider rings for audiobooks (on CD), since I get through these books more quickly than paper ones.

**My list of registered or available books does not necessarily reflect my personal reading taste or political leanings; if I see inexpensive copies of interesting fiction or nonfiction, I will buy them for release. **

Books finished in 2021 (most recent at the top)
The Love Song of Miss Queenie Hennessy by Rachel Joyce
the Patron Saint of Liars by Ann Patchett
The Girls by Emma Cline
Refresh Refresh by Benjamin Percy
Our Woman in Moscow by Beatriz Williams
The Scorpio Races by Maggie Stiefvater
All the Crooked Saints by Maggie Stiefvater
Wendy, Darling by A.C. Wise
The Unlikely Pilgrimage of Harold Fry by Rachel Joyce
Perdido Street Station by China Mieville
Miss Benson's Beetle by Rachel Joyce
The Constant Rabbit by Jasper Fforde (audio!)
Tideland by Philippa Gregory
The Road to Ruin by Donald Westlake
The Maltese Falcon by Dashiell Hammett
The Starless Sea by Erin Morgenstern
The Tale Teller by Ann Hillerman
A Single Thread by Tracey Chevalier
All the Devils are Here by Louise Penny
Saving Fish From Drowning by Amy Tan
A Children's Bible by Lydia Millet
The City of Brass by S.A. Chakraborty
The Dutch House by Anne Patchett

Books finished in 2020 (most recent at the top)

Once Upon a River by Diane Setterfield
Shakespeare for Squirrels by Christopher Moore
The Rise and Fall of D.O.D.O. by Neal Stephenson and Nicole Galland
The Pull of the Stars by Emma Donoghue
A Working Theory of Love by Scott Hutchins
Tiny Habits by BJ Fogg, PhD.
A Tale for the Time Being by Ruth Ozeki
A Better Man by Louise Penny
The Historian by Elizabeth Kostova
The Tattooist of Auschwitz by Heather Morris
To the Bright Edge of the World by Eowyn Ivey
The Man with a Load of Mischief by Martha Grimes
Pretty Boy Problems by Michele Grant
Home by Manju Kapur
Before We Were Yours by Lisa Wingate
On the Beach by Nevil Shute
The Snow Child by Eowyn Ivey
Mostly Harmless by Douglas Adams
So Long, and Thanks for All the Fish by Douglas Adams
The Little Bride by Anna Solomon
The Girl Who Saved the King of Sweden by Jonas Jonasson
Eleanor Oliphant is Completely Fine by Gail Honeyman
Ajax Penumbra, 1969 by Robin Sloan
Sourdough or, Lois and Her Adventures in the Underground Market by Robin Sloan
Dreaming in Hindi by Katherine Russell Rich

Books finished in 2018 (most recent at the top)

* Books I read solely due to the influence and/or generosity of BookCrossing and/or BookCrossers!

"Books are one of the few things men cherish deeply. And the better the man the more easily will he part with his most cherished possessions."