Bloodline (Wings in the Night)

Journal Entry 1 by nikel27 from -- Irgendwo / Somewhere --, Hessen Germany on Monday, June 28, 2010
Lilith awakens cold, naked and alone, knowing nothing—not even who she is—except that she has to run, run for her life…because someone is after her.
When Ethan discovers the terrified woman hiding on his ranch, he knows immediately not only who she is, but what. He's never forgotten her, not in all the time since he escaped their joint prison, a clandestine CIA facility where humans are bred into vampires willing to kill on command. He refused to accept that fate, and since he won his freedom he's become a legend to those he left behind. With her own escape, Lilith has become a legend, too, and now—together—they have no choice but to fight those who would become a legend by killing one.

Journal Entry 3 by Lemonitsa at Montréal, Québec Canada on Thursday, October 18, 2018
Thanks, nikel27, for my birthday book!

Setting free to see where it shall go! 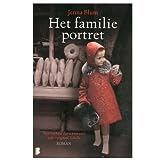 "You are the same today that you are going to be in five years from now except for two things: the people with whom you associate and the books you read."