Race of the Tiger

To be left outside while I'm on a walk.

Journal Entry 3 by hoppie6 from Battle, East Sussex United Kingdom on Sunday, February 4, 2007
I had a happy surprise when I found this sitting on a wall yesterday - I've never found a bookcrossing book before :-) I'll probably release it in london or maybe sussex when i've read it, so that it can travel a bit further away!

Journal Entry 4 by hoppie6 at The library in Battle, East Sussex United Kingdom on Wednesday, October 3, 2007

Inside the entrance, on top of a stack of magazines/leaflets. 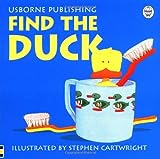 "My two favorite things in life are libraries and bicycles. They both move people forward without wasting anything. The perfect day: riding a bike to the library."