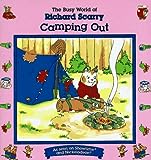 Journal Entry 1 by cmbohn from Orem, Utah USA on Monday, July 24, 2006
Cute story based on a TV show we never watched. But we're big fans of Huckle the Cat and Lowly Worm. This book is ready for a new home.

Left by the free newspapers.

Journal Entry 3 by sexymom from Layton, Utah USA on Wednesday, August 2, 2006
We were on our way from Southern Utah to Northern Utah when our kids came across this book. Our 4 year old thought that it was lost; then the other two kids read the note. We are planning on traveling with the book and dropping it off in an undisclosed location somewhere fun!!!!

"For books are more than books, they are the life, the very heart and core of ages past, the reason why men lived and worked and died, the essence and quintessence of their lives."