Located next to Oregon Hill, Hollywood Cemetery was laid out by John Notman in 1848. Notman, who designed the landscape around Capitol Square, created Hollywood Cemetery in much the same style. Both spaces are designed in the park-like, pastoral and romantic Victorian style. The Cemetery is the final resting place of over 75,000 people including many notable Virginians such as Presidents James Monroe and John Tyler, General J. E. B. Stuart, and writer Ellen Glasgow as well as Jefferson Davis, President of the Confederate States. Also buried here are the remains of over 18,000 Condederate dead. The cemetery takes its name from the groves of holly trees on the grounds. A map of cemetery highlights is available at the cemetery entrance. An easy way to see the following sites is to take a driving tour through the cemetery and follow the blue line painted on the road.

This monument was created by the efforts of the women of the Hollywood Memorial Association. Not content merely to tend the graves of the Confederate dead, the women decided to raise money to erect a monument. A successful two-week bazaar raised over $18,000 in 1867. Charles Dimmock’s design is a dry stone pyramid made of James River granite. It took nearly a year to build and is ninety feet tall. 18,000 Confederate dead are buried around its base. 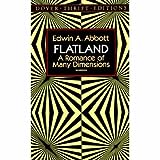 "There is no reason why the same man should like the same books at eighteen and at forty-eight."