by John Peterson | Children's Books |
ISBN: Global Overview for this book
Registered by futurecat of Christchurch, Canterbury New Zealand on 11/6/2004

I remember reading and enjoying this book when I was a kid - it's got instructions in the back for making scarey masks and spears and things.

On a bench on the platform.

Journal Entry 3 by haydnc from Cardiff, Wales United Kingdom on Wednesday, November 24, 2004
Found it on the bench at Museum station and read it over coffee in front of the Sydney Opera House while holidaying in Australia. Thought I'd bring it back to Blighty.

They just don't write kids books like this any more. The boys treat Beany like dirt and then turn disturbingly feral. Sort of "Lord of the Flies" and the Ku Klux Klan rolled into one. It even has instructions for making lethal wooden spears for cracking over your friends' backs (poor Beany).

I'd be surprised if any kid following these instructions didn't asphixiate himself by putting a plastic bag over his head, poke his eyes out with a crayon, smash his thumb with a massive hammer, stick metal nails into his fingers and swallow lashings of lead-based paint. If he survives all that, he'll probably get his brains smashed out by an exuberant friend weilding a wooden broomstick (with nails driven through it).

Still, I'm proud to be the newest member of the secret Viking Club. Beeeep! Brown Ferret!

Journal Entry 5 by ninsei from Cardiff, Wales United Kingdom on Wednesday, May 18, 2005
A lovely surprise! I found this book while clearing tables. And now it's going further out in thw world. 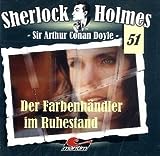 "Great literature is simply language charged with meaning to the utmost possible degree."