from Nashua, New Hampshire USA on Monday, August 22, 2022
I got this ex-library softcover from Better World Books. It contains graphic-novel adaptations of several of Twain's stories, by different authors. Perhaps my favorite entry here is "The Mysterious Stranger", adapted and illustrated by Rick Geary; it's a bleak, satirical tale of the charismatic stranger who shows up in a village and entices its residents into trusting in magical gifts - and then into gradually-escalating cruelties. The stranger freely admits to being Satan - though he says he's not that one, but his nephew - and by the end of the story he's provided an utterly nihilistic view of a godless universe, though whether one should believe him is left as an exercise for the reader.

Other entries include "The Celebrated Jumping Frog of Calaveras County" and the amusing "Ode to Stephen Dowling Bots, Dec'd" (from The Adventures of Huckleberry Finn). And perhaps the most harrowing: "A Dog's Tale", as presented by the Uhuru-kai Family Theatre: the illustrations show black performers acting out the increasingly heart-wrenching scenes from the story, about a dog that risks her own life to save her owner's child only to receive brutal treatment afterwards, and to lose her beloved puppy to a frivolous experiment.

On the lighter side, "Advice to Little Girls" includes some nicely snarky tidbits, such as:

"If your mother tells you to do a thing, it is wrong to reply that you won't. It is better and more becoming to intimate that you will do as she bids you, and then afterward act quietly in the matter according to the dictates of your best judgment."

I left this book in the Little Free Library; hope someone enjoys it! (There are some sheep and chickens in the pens beyond the LFL, and some of those sheep were very, very vocal about my presence!) 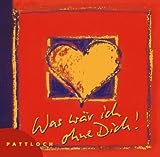 "Every book, every volume you see here, has a soul. The soul of the person who wrote it and of those who read it and lived and dreamed with it. Every time a book changes hands, every time someone runs his eyes down its pages, its spirit grows and strengthens ..."