from Elk Grove, California USA on Monday, December 27, 2021
These two CLASSIC Donald E. Westlake novellas, A Travesty and Ordo, one hilarious and one heartbreaking, are both set in the film world.

at Elk Grove, California USA on Monday, January 24, 2022
Double Feature was originally published in 1977 under the title Enough. It contains two short novels which both somewhat relate to the movie industry so when this book was republished in 2020 by Hard Case Crime, the name was changed to Double Feature.

The first story in the volume is called "A Travesty" and is very typical of Westlake's crime novels and includes a lot of sardonic humor similar to his Dortmunder stories. The protagonist in the story is a movie critic named Calvin Thorp who accidentally murders his girlfriend with a slap that causes her to fall and hit her head on a coffee table. So he tries to cover this up but is seen leaving the girl's apartment by a private detective who tries to blackmail him. But Thorp is able to turn the tables on the PI which gives him a solid alibi with the police and he is eliminated as a suspect. He then becomes friends with one of the investigating cops when he is able to solve a crime that has them stumped. More murders ensue and Thorp is able to cover his tracks and help the police with more of their cases. But will his luck hold out? This was really a very clever story filled with humor and concludes with a quite perfect ending.

The second story, "Ordo", is quite different and is really not a crime story at all. It is about a Navy sailor name Ordo who finds out through a magazine that his first marriage (annulled by his bride's mother) was to a woman who turned out to be a major Hollywood movie star named Dawn Devayne. His marriage to her was annulled because at the time she was only 16 years old and her name was Estelle Anlic. Ordo can't believe that Estelle was transformed into Dawn -- she looks and acts nothing like he remembers. So he takes leave and goes to Hollywood where he is able to meet her again but her past is something she ends up wanting buried. I really enjoyed this story probably even more than "A Travesty." I think Westlake may have based it on Marilyn Monroe and her first marriage before she became a star. His insight into Hollywood and show business felt right on target and made for some very compelling reading.

Overall, another high recommendation for this one by Westlake. I have read several of his novels and always enjoy them. Glad Hard Case Crime has been republishing some of his forgotten early works. Looking forward to reading more! I was also surprised to find out that both of these stories have been made into movies titled Ordo and A Slight Case of Murder. I'll be on the lookout for them. 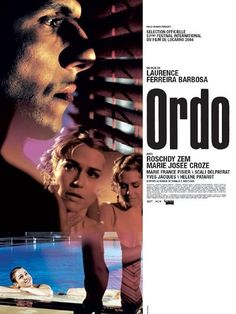 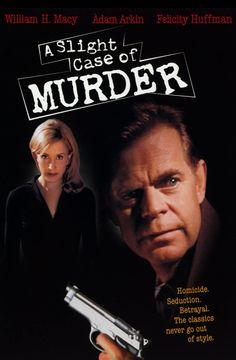 Sending to a PaperbackSwap member in VA. Enjoy!


Please make a journal entry to let me know that this book has been caught so I know that it has found a good home with you. If you are new to BookCrossing, please consider joining and indicate that you were referred by perryfran. I hope that you enjoy the book. You can make another journal entry with your comments when you are done reading.

Then, whenever you are ready to send it on its way, make a release note to show where the book was released. Then watch its journey. You’ll be alerted by e-mail each time someone makes another journal entry. And it’s confidential (you are known only by your screen name and no one is ever given your e-mail address), free, and spam-free.

I hope that you will enjoy the BookCrossing experience!

"Life is too short to read bad books."