from Brighouse, West Yorkshire United Kingdom on Wednesday, August 9, 2017
A young boy is found dead in a rubbish sack, suffocated & with one finger cut off...
...another boy of the same age, Bobby Kirby, is missing...
...a psychopath is stabbing babies as they lie sleeping in their cots...
...& a fifteen-year-old abducted girl is found naked by the roadside, her father having paid a ransom....
...enter DI Jack Frost as scruffy, insubordinate, foul-mouthed, intuitive & fearless as ever.....

Love this series...both the books & on TV....& as the blurb says the book is "Darker, funnier & more violent than the TV adaptation"
An excellent crime novel - if you've never read a Frost novel, or indeed seen the TV series, you're in for a treat!

On it's way to someone who entered my
CHRISTMAS COMES EARLY draw. Hope it gets there before Christmas..... 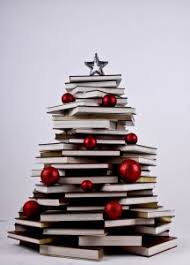 Journal Entry 3 by Brookler at Powell River, British Columbia Canada on Friday, July 27, 2018
I am delighted to have won this generous RABCK draw! I love mysteries. Thanks so much.

Journal Entry 4 by Brookler at Powell River, British Columbia Canada on Friday, December 27, 2019
Well, I haven't read such a misogynist novel in a long while! I was surprised to see it was first published in 1996. Really? Attitudes have changed that much since the mid-nineties?! If you can put up with all the sexist remarks, thoughts, and actions of most of the male characters, the story itself is quite good, with five different mysteries to unravel. They all have twists and turns and false leads.

left at the Seeds and Reads Little Free Library on Hammond

"Some books are to be tasted, others to be swallowed, and some few to be chewed and digested."